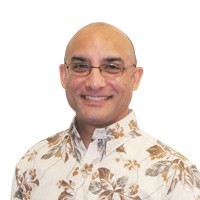 Vijoy P. Chattergy is the founder and president of VMLH, LLC, a consulting firm for global institutional investors. In his current role Mr. Chattergy provides strategic and practical recommendations to some of the world’s largest asset management firms and trade associations. He is often invited to speak at conferences or to comment on industry trends by the financial media and expert networks.

In 2018, HIERS was recognized as the Hawaii Venture Capital Association Investor of the Year and Team of the Year by the State of Hawaii Department of Budget and Finance. In 2017, he was listed on both the Sovereign Wealth Fund Institute Public Investor 100 List (#11) and the Chief Investment Officer Power 100 List (#29). He was also selected for the 2017 Industry Innovation Award for the Public Defined Benefit Plans Between $15 Billion and $100 Billion category by the Strategic Insight Business Editorial Board and a panel of Chief Investment Officers. Mr. Chattergy was honored by Institutional Investor with a 2015 Investor Intelligence Thought Leader Award. In 2013, he was designated a Rising Star of Public Funds by Money Management Intelligence.

Prior to joining HIERS, Mr. Chattergy worked as a consultant for the East-West Center and FG Energy. Mr. Chattergy was also a senior analyst investing in hedge funds at SPARX International Limited based in Hong Kong and Tokyo. Before relocating to Asia, Mr. Chattergy worked in New York City for Andrew Kalotay Associates and at The Bond Market Association. His financial industry career began at the Federal Reserve Bank of New York in the Markets Group, which included work on the foreign exchange trading desk, foreign reserves operations, and Treasury auctions.

He was active on several industry organizations, including the Milken Institute Global Capital Market Advisory Council, 2014-2018, and the Hawaii Council on Economic Education Board of Directors 2013-2018. He is a co-founder of the Truman Scholars Association, and served as its president in 2000. Mr. Chattergy was an original member of Teach For America in 1990, working in the Compton Unified School District.